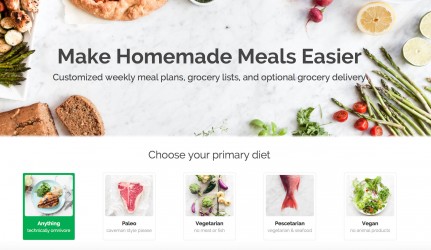 The word anticipatory comes from the Latin anticipare, which means “taking care of ahead of time.” We normally associate it with something that happens, is performed or felt in anticipation of something.

In a way, most products contain at least one element of anticipation. Aaron Shapiro from HUGE defined anticipatory design as a method where it’s up to the designer to simplify processes as much as possible for users, minimizing difficulty by making decisions on their behalf.

It’s Always Been Around Link

Think about it: since the dawn of the web we’ve seen alert boxes, pop-ups, in-app notifications and many other components that are triggered to prevent something from happening in the future, or to invite you to make something else happen based on past behavior. Most of these events are based on simple conditions: if users do X, then show them Y.

With anticipatory design, these basic interventions become more and more sophisticated with the only goal being to make our users’ tasks remarkably simpler. You read that right: it absolutely means more work for you and less work for them.

One example for this is Clippy. Long before Siri, Cortana or Google Now, Microsoft Office’s Clippy (first seen around 1997) detected basic intentions and responded offering help. In this case, typing a standard letter greeting like “Dear Sir” would trigger Clippy’s timely appearance.

Why Anticipatory Design? Why Now? Link

I strongly believe that anticipatory design is set to be the next great concern of user experience design in this decade. Engaging increasingly busy, burned-out users will require some careful consideration on how our products can facilitate their daily tasks. People no longer have time for the painful extra processing we’ve been forcing them to do. Arguably, we must structure our back-end around helping users complete their tasks without depleting valuable resources they’ll need several times during their day.

Now don’t get me wrong: this is not about designing for lazy automatons, nor about making all of us passive good-for-nothings. This is about putting cutting-edge technology at the service of users so they can dedicate more time to the high-level processing tasks that modern living requires of them.